In 2002, YFC Youth Unlimited opened its Maple Ridge division. A faith-based youth organization
with a mandate to work in the public setting, Youth Unlimited Greater Vancouver runs many di erent programs including drop in centres, skate board clubs, teen mom programs, prevention and education, and many others that commit to seeing teens become whole. Speci cally focused on marginalized, vulnerable teens, Youth Unlimited walked into the Maple Ridge community knowing that the school system was a great way to engage these youth.

Dennis Hemminger, Maple Ridge Area Supervisor for Youth Unlimited, has been with the organization for 15 years. “ ere’s a fantastic statistic that says if a teenager has one adult who will walk with them through their teen years, their success increases ve fold. We see that we t here,” he explains.

Youth Unlimited began outreach in the school system and one thing they heard time and again
was that kids were coming to school hungry. ey didn’t have the means to obtain breakfast and sometimes wouldn’t come to school because of this. Hemminger started making connections. He knew churches that wanted to support work in the community, but didn’t know where to begin – and that’s how it started.

In 2009 the program began with one school. With the help of the Maple Ridge Community Foundation and other supporters, it expanded to its h location in 2015. e breakfast program runs weekly at ve high schools in school district 42. Each school program is paired up for sponsorship from a local church, both nancially and by way of volunteers. Volunteers, who make this program possible to run in multiple locations, include those from the church sponsor, parents of other students, and students who want to give back by serving or cleaning up.

Youth Unlimited’s mandate for this program is to feed hungry kids, and work alongside the counsellors and school sta to get those kids there. e bene ts, Hemminger explains, include getting the kids to school on time – a challenge he describes as especially di cult for some teens living in the margins. He also notes an alertness noticed by teachers, counsellors and youth workers. “It’s one of those unquanti able things in life,” he says, “but it’s there.”

Hemminger enjoys recounting a story of a tremendous breakfast program success. A young lady was an early arrival at her high school, mainly because she needed to get out of her house as soon as possible. She sat in the hallways and didn’t acknowledge many people. Some of the program’s volunteers eventually convinced her to join them for breakfast, where she eventually became a regular. eir rapport grew to an invitation to help prepare and serve, and this young lady is now a consistent volunteer who has invited other students to volunteer. She has taken on a leadership role and the Youth Unlimited team counts on her opinions when it comes to the mechanics of the breakfast mornings. From no contact to leadership within two year! Breakfast, encouraging workers and our extraordinary volunteers made it so.

Youth Unlimited has received four grants from MRCF, all of which have helped facilitate an expansion to their breakfast program each year. “The funding from the Maple Ridge Community Foundation has subsidized the money we receive from the churches, commiting sustainability to this important program. It has also helped us increase capacity over the years,” says Hemminger, “In 2015 we expanded to the alternate school, Connex, and we plan to expand further in 2016.”

For the Youth Unlimited team, it’s so much more than simply providing a nourishing meal. It is one way for them to begin building relationships with those students who need a helping hand. is is one introduction to them, where they can get know their journey and to inspire them to keep going. eir goal is to be there to do what they can to see that students get what they need in life. At some schools they supervise games rooms at lunchtime, or get involved in other clubs. ey get their hands dirty, literally; once a week Hemminger washes dishes at one of the school’s cafeterias.

Hemminger keeps in touch with many graduated students, and enjoys the opportunity to o er support in di erent areas of their lives. One breakfast club connection is a young man who Dennis helped move into his own place last year, and meets for co ee regularly to keep in touch, discuss budgeting, and other important life aspects.

“We understand that part of our job is to connect outside of the school, a er hours, on the weekend. We get to build these important lasting relationships that way. One great kid even borrowed my car for their road test, and crashed it!” he adds with a chuckle. 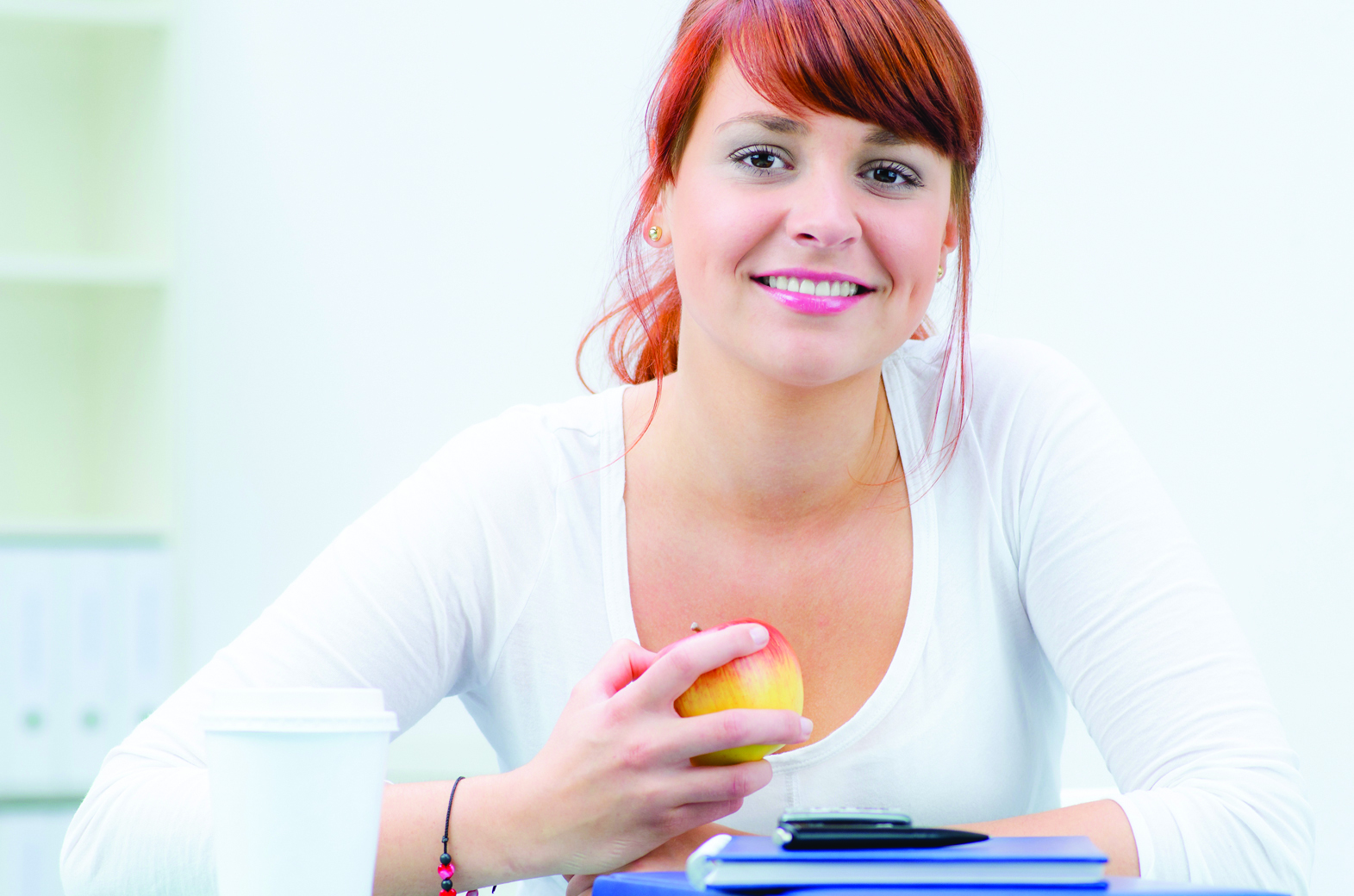 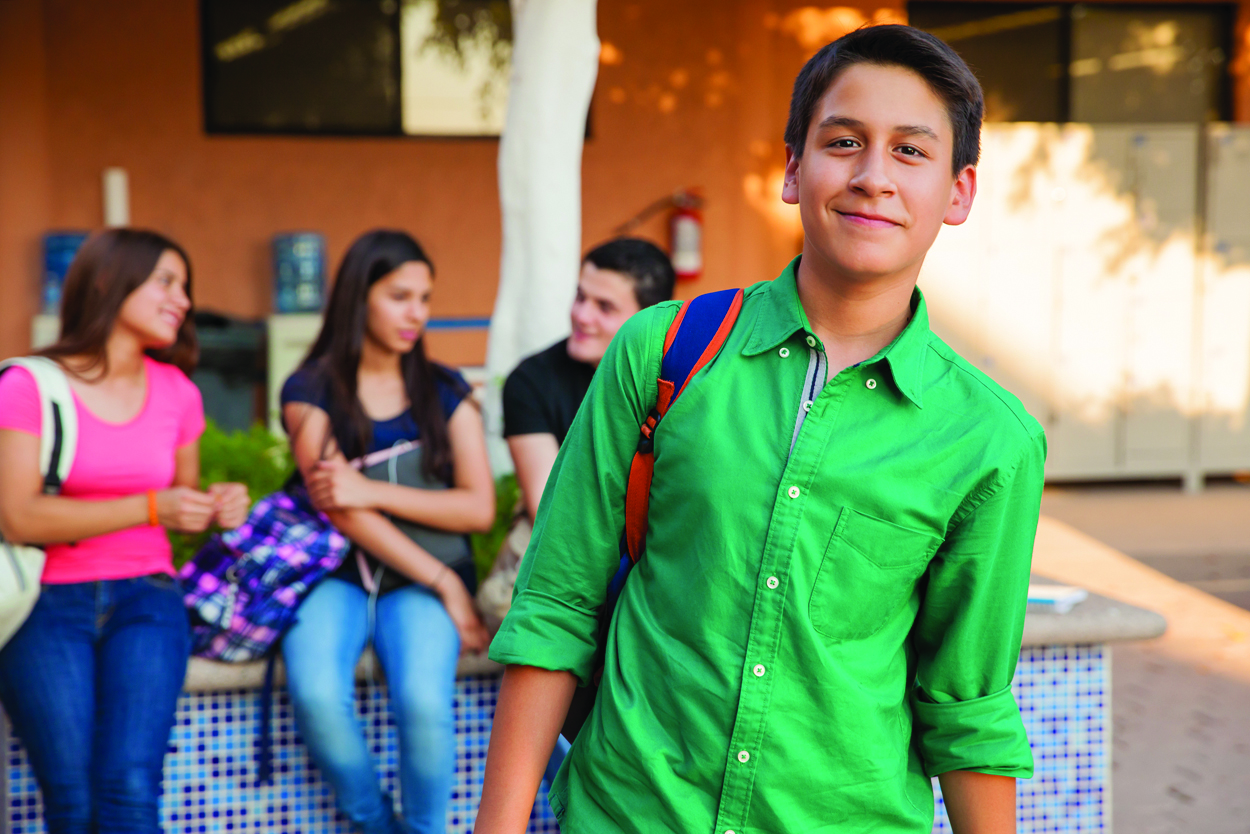